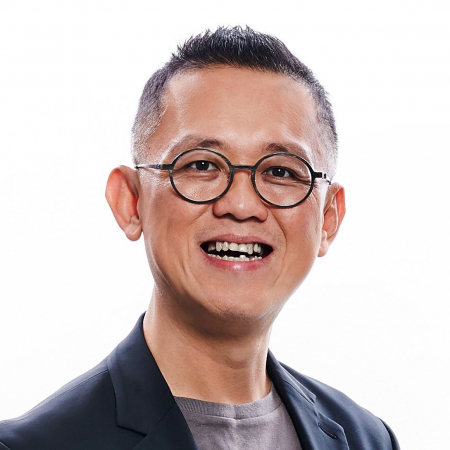 Puan Chan Cheong (better known as CC Puan) founded Green Packet Berhad, an international telecommunications and technology company listed on the Main Market of Bursa Malaysia (KLSE). For over the last two decades he has served as the companies hands-on Group CEO leading them and its subsidiaries to their overall progressive growth. Today, Green Packet serves more than 100 clients in over 70 countries worldwide with its connectivity and communication solutions.

CC Puan was born and raised on oil palm and rubber plantations in Malaysia, and he has been a lifelong serial entrepreneur. Puan holds a BSc in Business Administration with a double major in Management Information Systems and Finance from the University of Nebraska-Lincoln, USA. Prior to founding Green Packet, Puan was a serial entrepreneur and self-made millionaire in his twenties who achieved success as an entrepreneur doing consulting, development, and management work for large-scale infrastructure, property, and telecoms projects internationally.

Having established Green Packet in 2000, CC Puan led the company to become an international player in the provision of connectivity devices and solutions to telecommunications companies globally. Puan navigated the company to a successful IPO on Malaysia’s MESDAQ market in 2005, followed promptly with a listing on the KLSE Main Market in 2007. Additionally, he steered the company to a successful launch of fixed-wireless broadband in 2008. The Group’s biggest endeavor was to raise substantial capital to launch and operate Malaysia’s challenger telecommunications company before it was acquired by TM Berhad. Thereafter, Puan relinquished his role as Group CEO in 2014 when he became P1’s CEO after the TM acquisition for two years. Today, P1 is known as Unifi Mobile. In July 2019, Puan eventually returned as Group MD and CEO and was focused on breathing life into Green Packet’s vision through user-centered product innovation and accelerated market expansion. Prior to his return to Green Packet, Puan founded Oasis Capital Ventures Ltd an investment arm for early-stage start-ups in the USA, China, and Southeast Asia.

Puan’s love for all things tech and strong success track record in the industry previously earned him Malaysia’s coveted PIKOM Technopreneur of the Year award. Currently, CC Puan has more than thirty years of diversified business experience with strong successes in consulting, development, and management of large-scale telecommunications, infrastructure, and property projects internationally. Led by his passion for driving life-improving digital innovations, Puan aims to propel Green Packet Berhad, IBI, and its group of companies further by driving the Group’s vision for global exposure and presence while providing life-improving innovations, through investing in the areas of exponential technology (ABCDEFG, A for AI, B for Blockchain, C for Cloud Computing, D for Big Data, E for Internet for Everything, and FG for Five-G).