Human rights at the heart of national development’ was the theme of discussion when 20 people gathered on Oct 11, 2019 from 3pm to 5pm to participate at the Roundtable discussion on “SUHAKAM 20 years on: Fearless defender of human rights or toothless tiger (1999 – 2019), reflections from former SUHAKAM Commissioners.

In the course of the discussion a number of three key pointers and six recommendations were made:

Second, it was noted that over the past 20 years, SUHAKAM undertook many educational, public complaints, press releases, publications and international obligations. However, the most significant was the 11 public inquires and one National inquiry. All the inquiries were undertaken professionally in compliance to Malaysian laws, as well as consistent with the UDHR and other UN human rights standards. All the findings including supporting evidences were publically disclosed as well accessible on the SUHAKAM website for all to review.

However, it was sad to note that there is no public commitments on the part of the agencies involved to comply with the recommendations which has been largely ignored. In this context the Parliamentary Select Committee on Human Rights should undertake a study of these and review the adoption of the recommendations by relevant agencies.

Third, it was noted that in the 2018 Annual Report that the Chairman Tan Sri Razali Ismail indicated how the government distanced itself from participation in the 2018 Human Rights Day celebration.  It might therefore be necessary for the Prime Minister in 2020 to reaffirm the Malaysian government’s commitment to human rights by personally participating in Human Rights Day celebration.

This call for support of SUHAKAM by everyone was also reaffirmed by Tan Sri Hasmy Agam in the 2019 report when he stated that SUHAKAM needed the support of all “to achieve its vision of a society in which human rights are fully respected and enjoyed equally by all in Malaysia”.

First, the SUHAKAM Act must be amended to ensure greater independence from the Executive branch of government. In this context it was noted that the members of the nomination committee be reviewed and this role be undertaken by a parliamentary committee. The tenure of service be reviewed to increase from the current three to five or six as one appointment only with no renewal. Also to strengthen the existing laws to see how to compel agencies to implement the inquiry finding

Second, while there has been promises, the SUHAKAM Annual Report is yet to be debated in parliament. It is recommended that the PH government ensures that in this sitting that such an opportunity is possible before December 2019

Third, that the Federal Government reviews the National Human Rights Action Plan which was launched by the BN government so as to strengthen human rights obligations inconsistency with the Universal declaration of Human Rights & the Federal Constitution. That this task of review be undertaken by SUHAKAM by engaging with all relevant agencies, academic institutions and civil society organisations. It will be good for Malaysia to launch alongside the Shared Prosperity Vision 2030, a human rights action plan 2030 which can set the national roadmap like the SDGs with one which focuses on human rights and Malaysian society.

Fourth, the Federal government must release the Institutional Reform Report for public review and monitoring on the recommendations. This must be done without delay in the promise of this PH government to be more transparent and engaging in governance.

Fifth, there is a call for SUHAKAM to undertake a public inquiry on statelessness in Malaysia. The inquiry should identify the nature of stateless and deprivation experienced including the different categories, the root reasons for this, the current agencies procedures, approaches and challenges in solving as well as to provide effective remedies in solving this matter. SUHAKAM should engage the relevant government agencies, general public the CSO/NGOs working on the issues of statelessness in Malaysia.

Sixth, that SUHAKAM undertakes an in-depth review of its work over the past 20 years so as to bring out collective reflections and reviewing noting the inquiry findings, complaints work undertaken, education and awareness, press releases and specific recommendations. SUHKAM could establish a special committee including current and former commissioners, academics and civil society representatives.

Finally, panel speakers & participants reaffirmed that human rights must be a key component in the development policy agenda of the Shared Prosperity Vision 2030 as well as the Sustainable Development Goals so as to ensure that Malaysia subscribes to a Rights based development in order to ensure that no one is left behind. 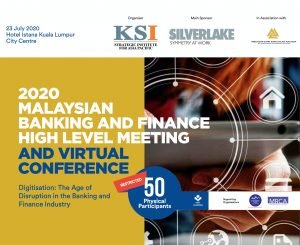