Malaysia as a nation does not have a national philosophy that pushes for a consolidated identity. Unlike our homogenous East Asian neighbours, Malaysia remains segregated along racial and religious lines. A political philosophy is needed to repackage various ideas before realising a socially unified nation. This article espouses Malaysia’s political history and exposes the inner contradictions that fragmented this nation.

Those that argued Rukun Negara as a philosophy, fail to notice that substance must be equated with the overall objective to attain real value. While it is similar to Indonesia’s Pancasila counterpart, the latter was designed to unite a new nation. But Rukun Negara was only a reaction after the 1969 tragedy. The seed of Malaysia was an inter-ethnic bargaining order rooted in 1957 designed to be segmented. It was not to create keMalaysiaan by overhauling racialism, but only to reconstitute a fragmented political order. It was a national-level procrastination to the post-Merdeka Order that chooses bargaining amidst a confused political identity. The road to keagungan nasional, is not a question of greater economics but of greater unity. The strength to resolve, therefore, requires a political philosophy that offers an antidote to kill it with a new path rather than reform the impossible.

And it is given a name: Nasional Modenisme, and Nasamod in short. An intellectual package that leads its people to struggle for the next historical stage — a consolidated identity.

A nation so skilled at maritime entrepots was always a racially diverse country. The only problem lies in the way of governance. The seed of managing races by segments can already be traced back to the Melaka period when each kampung was offered to ethnic traders. Tanjung Keling, Lubuk Cina, Kampung Jawa, and Pulau Upeh are all basically pre-colonial designs of New Villages. It adopts a divide-and-conquer approach rather than full-scale consolidation. From Dharmic empires (Srivijaya, Langkasuka and etc) to Islamic sultanates, pre-Malaysia (or we can call it Proto Malaysia) had opted for vassal states politically, autonomy administratively, and segmenting socially. No wonder when corruption was rampant in Balairong Seri during the 1500s, a switch of loyalty never felt like a sin of betrayal. Malays were solely accountable to their own kind despite a diverse empire, while the Javanese, Chinese and Gujaratis were constantly reminded of their segmented exclusion — essentially owing no piety to a power called Melaka. It is a form of administration that depends on personal charisma to exert dominance on its vassal states rather than centralising it under one political identity. The appointment of tribal Kapitans by the Melakan rulers was inherited afterwards by the Portuguese colonizers and continued up to the Dutch till the British. The understanding of Merdeka as an escape from centuries of such segmental governance is actually an illusion. Today’s political order still belongs to the segmented Malaysian period as it merely continued what our ancient rulers and the colonisers did — to divide and conquer. To this, we call it Second (Deutro) Malaysia. The post-Merdeka order not only did not eliminate this racially exclusive thinking but actually continued a system that contains ethnocultural forces rather than eliminating them with a new national identity.

The independence of a state without a consolidated nation, Deutro Malaysia allows all races to live within their own cultural corners, ignorant of others. The highest virtues are not to attain keMalaysiaan, but to form their own ethnic nations. Therefore, without a push to redesign, this Proto-Deutro divided legacy will continue to haunt this nation. A Third (Trito) Malaysia, is the direction for its people to channel this energy. Because without a revolutionary intent to carve a new political identity, keMalaysiaan will not be attained in anyone’s lifetime. Demi keagungan nasional, a philosophy must be presented to pioneer sociocultural changes and implement it into every fabric of society before a political action. National strength, will require a united identity and ideal before economic resources can be manifested into a dominant force.

This revolution of mind sets forth the foundation of seismic change for this nation. It is time to stir new waves of national consciousness. For without national strength, comes perpetual irrelevance.

Put an end to the Second (Deutro) Malaysia. 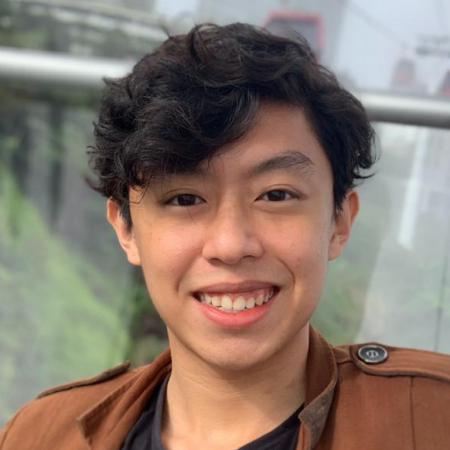