While Covid-19 was spreading worldwide, Malaysia was entrenched in political turmoil. As cabinet members were still being appointed and settling into their new positions, a number of other nations were already putting in place legislation to mitigate the negative economic effects of the looming pandemic and in some cases, giving the government legal power to intervene and adjust regulations in a range of sectors to ensure the safety and wellbeing of their citizens.

In nations such as the UK and US, urgent bills were tabled to allow for large amounts of funding to be redirected to aid those severely impacted by the pandemic. With the passing of these legislations, stimulus packages were created, and funds were committed to saving jobs and providing apprenticeships.

Public health in Malaysia is protected by the Protection and Control of Infectious Disease Act 1988. However, relying on this act alone is insufficient, as it does not address the economic repercussions of the pandemic. To remedy this, the Temporary Measures for Government Financing Bill (Coronavirus Disease 2019 [COVID-19]) 2020 has been introduced and recently made public.

While some may criticise the government for tabling the proposed act too late, it must be pointed out that other countries, such as our neighbours in Singapore, through amendments to their Covid-19 (Temporary Measures) Act, provide clues as to how our government may be able to alleviate contractual issues that are a consequence of the pandemic, despite such issues manifesting prior to the passing of the legislation.

Drafters of our bill have to be credited for addressing many economic and welfare-related matters, providing legal legitimacy for the initiatives undertaken. However, the bill has crucially overlooked the issues of rent and eviction, both for business owners and residential tenants.

While this bill is long overdue, it is not too late to address the issues that appeared as a result of the movement control order (MCO). If executed well, the delay could yet be presented in a positive light – Malaysia has had plenty of time to study the enacted and proposed legislation of other nations.

Perhaps, if an act is as effective as the US’ proposed Rent and Mortgage Cancellation Act or Singapore’s Temporary Measures Act, the long-overdue nature of our legislation can be forgiven.

While the proposed act addresses the source of the numerous economic stimulus packages introduced by both Dr Mahathir Mohamad and Muhyiddin Yassin, it does not take away from the fact that both were passed without parliamentary authority.

A flaw in this argument is that the original date of March 9 for the parliamentary sitting was pushed back, only then to be replaced with a session without debates on May 18. The Prihatin stimulus package was announced in late March, and the Penjana stimulus package was announced in June, plenty of time for the packages to have been discussed in Parliament had the original date been abided to.

Unprecedented times call for unprecedented measures, and a number of actions could have been taken to ensure the democratic legitimacy of these stimulus packages without the need of formal legislation. Earlier this month, the youth-led initiative Parlimen Digital went ahead to prove the possibility of a digitalised parliamentary sitting.

Dewan Rakyat’s Standing Order 11(3) allows for an urgent, one-day meeting to deliberate these stimulus packages and would still allow for the potential vote of confidence or no-confidence towards the prime minister to be pushed back to the July sitting.

Regardless of support for the prime minister, it is highly unlikely that these packages would have been blocked in Parliament. It is comforting to finally see an official establishment of a Covid-19 Fund and an act detailing the source of such funds.

However, this does not take away from the lack of debate and parliamentary oversight prior to the implementation of the stimulus packages.

While these packages and moratoriums have been helpful in temporary relief, one can only wonder if parliamentary debates would have resulted in better care for rent-payers and low-income earners, instead of statements that “low-paying jobs are better than no jobs”. 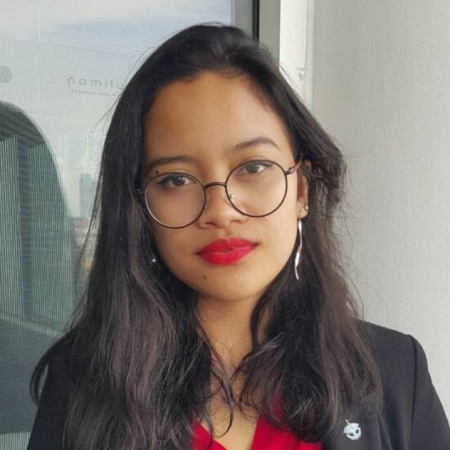