Indigenous groups around the world are recognised as fundamental agents of change to achieve environmental conservation and sustainable development[1]. In Peninsular Malaysia, the Orang Asli (OA) constitutes 0.7% of the population or 178,197 persons of which approximately 80% inhabit rural and remote areas and live within or below the RM530 poverty line[2] [3]. As a result, the OA community is considered one of the most impoverished groups in Malaysia who are handicapped by a range of social and economic disadvantages.

The livelihoods of the OA hinge on available natural resources where men cultivate and women plant and gather food[4]. This way of life which depends heavily on the forest makes the preservation of the OA’s natural environment, much of which is their ancestorial lands, a matter in their best interest, leading to environmental sustainability. At the same time, ascribed gender roles are essential within OA communities as they are viewed as complementary, egalitarian[5], and offer distinctive perspectives on the significance of traditional knowledge in environmental awareness.

Sadly, existing policies and laws of land ordinances in Malaysia such as the Aboriginal Peoples Act 1954 have negatively impacted the OA community and the environment as it has efficaciously alienated the OA from the lands they live on and has enabled the local government to exploit these lands for economic gains. Only 1,536.38 hectares[6] of individual land titles have been granted to the OA for housing and agriculture purposes – a negligible number considering these lands are rightfully theirs!

Subsequently, OA women have become a liability in the pursuit of economic dominance and have less control and ability to inherit the land they occupy. Land ownership within their community is predominantly patrilineal, passed on from father to son[7], reducing opportunities of land ownership among OA women due to patriarchal social norms practiced within the community.

With environmental deterioration intensifying, OA communities are driven out of their land and are required to relocate to slums that are overcrowded with other destitute groups and which jeopardises personal security. Unfortunately, this reduces productivity and endangers the health and safety of OA women making them more susceptible to gender-based violence, such as rape and sexual harassment[8].

Despite OA women contributing extensively to the social, economic, and cultural life of their communities, they are often side-lined from environmental decision-making opportunities[9]. Consequently, OA men assert control over resources, and render the women defenceless against social and economic exploitation and gender-based violence, thus fortifying power imbalances and gender inequality.

Malaysia has yet to ratify Convention No. 169 of the International Labour Organisation which aims to secure, respect, protect and promote the rights of indigenous people which are currently being violated in response to land rights abuses and violence against women[11]. Consequently, this stresses the importance of gender perspectives in environmental conservation, generates opportunities in green growth sectors, and provides an important framework for strengthening dialogue specifically among OA women in environmental conservation decision-making processes.

Additionally, capacity-building training that employs the indigenous knowledge systems related to natural resource management can create a platform to empower OA women, increase productivity in environmental conservation efforts and provide them the much-needed opportunity to represent their community in active decision-making, policy reviews, reforms, and implementation.

Lastly, combining Malaysian social welfare schemes like the Suri Incentive (i-Suri) [12] with environmental initiatives such as ones to reduce single-use plastics (by reallocating the RM0.20 surcharge for plastic bags) has the potential to fund the welfare of OA women against gender-based violence and spur innovation and entrepreneurship through traditional knowledge and practices to conserve the environment.

[8] IUCN (2020) “Gender and the environment: What are the barriers to gender equality in sustainable ecosystem management? (23/01/2020)”, https://www.iucn.org/news/gender/202001/gender-and-environment-what-are-barriers-gender-equality-sustainable-ecosystem-management, date accessed 10/06/2021. 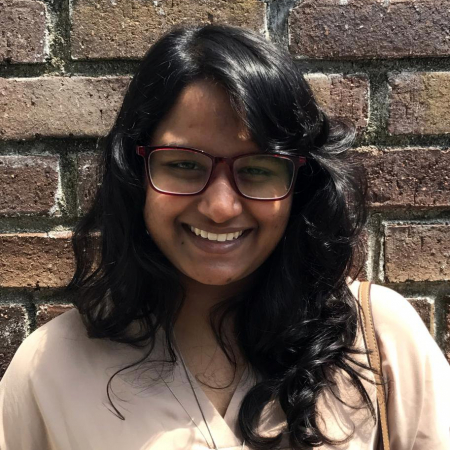