Home /If the repatriation of the Rohingya is the end goal, it cannot be done in a hurry

If the repatriation of the Rohingya is the end goal, it cannot be done in a hurry

It is usually very difficult for a population to approach the issue of forced migration in the kind of objective way that can help cultivate practical solutions.

Perhaps it is simply a quirk of human psychology that we cannot help but separate ourselves into two distinctly irrational tribes over the issue. There are some who are unshakably committed to their humanitarian duty to the vulnerable, no matter the cost, while others see their duty as maintaining the sanctity of the state & her borders, at all costs. As countries increase their refugee population, and the negative consequences – real or imaginary – are truly felt, it is not uncommon to see an apparent vicissitude of public opinion from the former to the latter.

The plight of the Rohingya, a minority group of Myanmar Muslims described by UN Secretary-General Antonio Guterres as “one of, if not the, most discriminated people in the world”, is a particularly harrowing one. Abdullah Hossain Mallick, an analyst based in Bangladesh, traces the roots of this discrimination back to 1942, where the Japanese invasion of Myanmar sparked decades of “inter-communal violence between the Rohingya Muslims and the Buddhists.” The systematic discrimination of Rohingya Muslims was confounded by Myanmar’s controversial 1982 Citizenship Law which declared that Rohingya were not to be officially recognised among the ethnic minorities of Myanmar.

A continuation of state-backed systematic persecution inspired a spate of several deadly attacks by the rebel group known as Arakan Rohingya Salvation Army in 2017. These attacks were met with brutal military crackdowns which reportedly forced more than 730,000 Rohingya from their homes in Rakhine State. The majority fled to Cox’s Bazar in southeast Bangladesh, where many remain to this day.

Conditions in these refugee camps have proven to be, however, perpetually deteriorating. “The conditions in the camps are appalling,” notes Mallick, “and there has been a spike in crime, including rape, murder, abduction and drug and human trafficking.” In response, growing numbers of Rohingya have fled their temporary accommodation in southeast Bangladesh; it is estimated that 150,000 Rohingya have travelled for days through the jungles of south Thailand into Malaysia alone.

To help navigate this murky and emotive international issue, most countries have formulated and committed to various standards, frameworks, protocols, and conventions, to protect refugees while allowing countries to process them within legal frameworks. But despite the disproportionate number of displaced people they receive, Malaysia and several other Southeast Asian countries still do not have any formal policy on refugees, and it is yet to ratify the 1951 United Nations Convention on the status of refugees and its subsequent Protocols. As a result, it is left to the government to strike a balance between maintaining their sovereignty and responding to human crises on a case-by-case basis. The result: policy on refugees can freely shift along the lines of public opinion.

Historically, Malaysian policy can be characterised as generally being pro-refugee and pro-Rohingya, as well as deeply critical of Aung San Suu Kyi’s government – the Burmese administration recently deposed by the military junta – and their treatment of the minority group. In 2016, then-Malaysian Prime Minister Najib Razak joined crowds of protestors in Kuala Lumpur to call on the UN, the ICC and the OIC to intervene in what he called an “ethnic cleansing” in Myanmar. “The world cannot just sit by and watch genocide taking place,” he reportedly said to the crowd.

Yet, as the Rohingya refugee population in Malaysia continues to proliferate, there has been something of a material shift in public opinion of the issue. Social media misinformation, blaming Rohingya refugees for both the medical and economic strain of the Coronavirus pandemic, has spawned countless petitions calling for the deportation of the Rohingya. This hardening of public opinion has been met with a commensurate response from the government. “Receiving the Rohingya at times like this could open the floodgates for more foreign nationals and vessels to approach the Malaysian border and therefore hinder the government’s effort to fight COVID-19,” argued former UMNO Deputy President Mohamad Hasan, adding that the country has “far exceeded” its ability to house refugees.

The widely criticised decision by the Malaysian Ministry of Home Affairs to repatriate 1,200 detained persons to Myanmar, despite an order from Malaysia’s High Court, is only one such example of a shift towards a policy of more immediate repatriation. The inhabitants of Malaysia’s ‘Immigration Depots’, temporary holding facilities for people who have entered the country illegally, are estimated to consist of more than 86% displaced persons from Myanmar. Of these 86%, more than 100,000 are understood to be Rohingya.

Previous attempts to arrange the repatriation of refugees from southeast Bangladesh have been thwarted by Myanmar’s inability to deliver both a secure environment in Rakhine State & full citizenship for the Rohingya. The February coup in Myanmar has only consolidated these concerns. There is widespread support among the stateless Rohingya for the uprising against the Myanmar junta. After all, the same military units that were accused of abuses against minorities are now on the streets of Burma. But one must not assume that even a successful uprising will open the door to a permanent repatriation. Just one year ago, Aung San Suu Kyi’s government – the very government the uprising is currently calling to be reinstated – was in the docks of The Hague, facing allegations of genocide against the Rohingya.

As Malaysia is not party to the 1951 Convention Relating to the Status of Refugees nor its 1967 Protocol, there is very little protecting Rohingya in Malaysia from the whims of a discontented populace. Moving forward with a repatriation effort despite these new and lingering challenges, however, not only risks breaking international law, it also can only be a short-term solution which worsens a long-term refugee crisis. Phil Robertson, Deputy Asia Director of the Human Rights Watch, has claimed that “the military takeover in Myanmar seriously raises the potential for another regional refugee crisis, particularly among ethnic minorities who have long been the target of military abuses.” Instead, the answer to the Rohingya crisis may well lay in Malaysia once again rallying the international community to act on their plight: continuing to lead the ASEAN in their response to the coup and reject the wave of anti-Rohingya sentiment that has begun sweeping through the country.

Most importantly, though, Malaysia must take a leading role in ensuring citizenship and protection for the Rohingya as a prerequisite for their repatriation. The conditions that make their return unsafe were present before the rise of the junta and will persist if the uprising succeeds. If the permanent repatriation of the Rohingya is the end goal, it cannot be done in a hurry.

“The Shifting Politics of Rohingya Refugees in Malaysia”, The Diplomat, The Diplomat, 10 July 2020, https://thediplomat.com/2020/07/the-shifting-politics-of-rohingya-refugees-in-malaysia/ 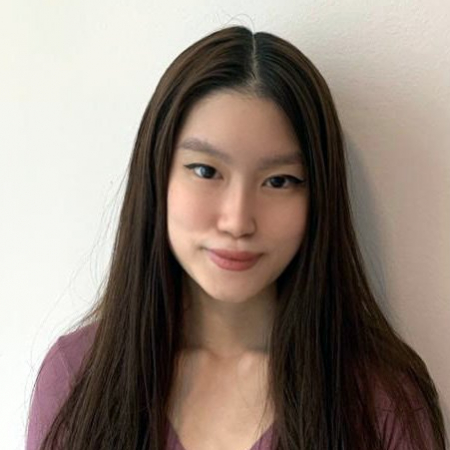