Home /Inaugural KSInsights: “What Does President Biden Mean For Malaysia?” 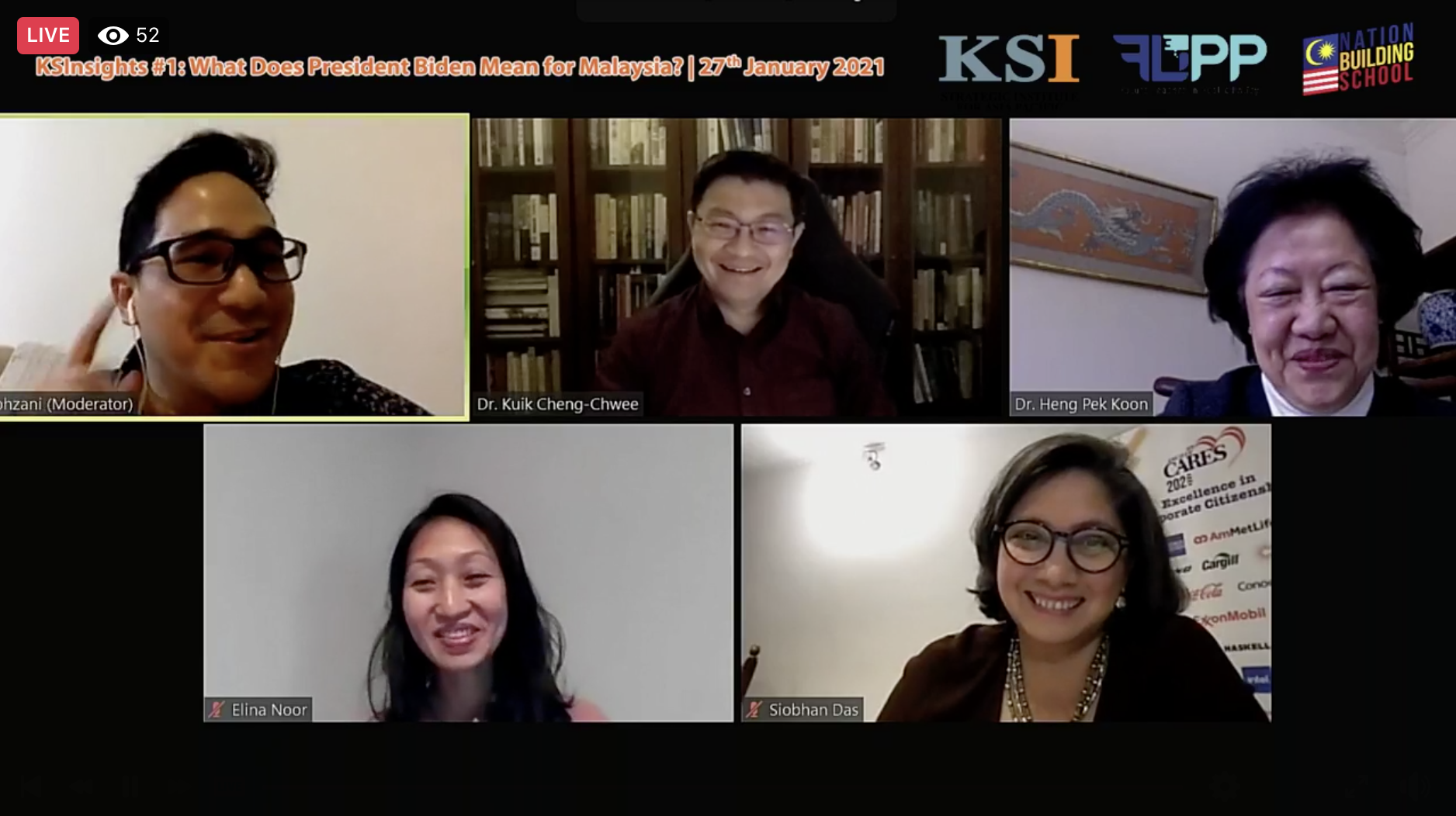 Inaugural KSInsights: “What Does President Biden Mean For Malaysia?”

With the inauguration of Joseph Robinette Biden Jr. as the 46th President of United States of America the week before, the KSInsights aimed at discussing the implications of Biden administration’s on Malaysia, particularly the key areas of ASEAN, trade, security and politics.

On Biden administration’s policy on Southeast Asia, and by extension Malaysia, the panellists are in consensus that the implications are positive with some caveats. Dr Heng stated the U.S. will return to multilateral engagement with ASEAN while strengthening alliances to regain trust and credibility. As such, an U.S. Ambassador to ASEAN as well as one to Singapore are likely to be appointed. Elina noted that while the Biden administration’s on Southeast Asia is still speculative, the appointment of Secretary of State Antony Blinken and White House Asia coordinator Kurt Campbell augurs well for the region. Dr Kuik stated the Malaysia-U.S. relations are “long-standing, robust and institutionalised” in areas of economy, security and people-to-people diplomacy and are likely to continue growing. However, he cautioned the audience that ASEAN and Malaysia may not be on top of the Biden administration’s foreign policy agenda. The panel agreed the U.S. will need to balance addressing its domestic crisis and demonstrating global leadership.

With regards to economy and trade, Siobhan stated the U.S. is Malaysia’s 3rd top trading partner whereas Malaysia is the U.S.’s 19th. There are many new opportunities particularly in climate change and sustainability. However, the key question is “What does Malaysia actually want from this [U.S.-Malaysia] relations?” The Malaysian government – preoccupied with combating the pandemic – needs to articulate its strategic economic priorities while leveraging ASEAN as a trading bloc that can offer the U.S. new markets and talents. To fully capitalise on the relations, Malaysia needs to address is labour practices as well as strengthening governance for its digital economy, including IP, cybersecurity and data localisation. Dr Heng argued the Biden administration will not continue Trump’s preference for bilateral free trade agreements (FTAs) but prefer multilateral FTAs. However, it is unlikely to join the Comprehensive and Progressive Agreement for Trans-Pacific Partnership (CPTPP) due to lack of domestic bipartisan political support.

On the political ramifications, Dr Heng mentioned the Biden administration is likely to promote democracy and human rights worldwide. With regards to Malaysia, a particular concern will be its ill-treatment of foreign workers in plantations and factories as it will be noted by U.S. Department of State’s report on human rights and trafficking. Additionally, Elina noted that the U.S. would likely have concerns on the democratic backsliding in Malaysia manifesting in an unelected government that recently declared emergency. Nonetheless, Elina added the new Biden administration will prefer a “face-to-face” rather than a “in-your-face” relationship, which would improve the bilateral ties. On the security front, Elina stated Malaysia will not be on top of the list as the U.S. will be focused on managing China’s economic and military power in the region. She argued there is a general unstated perception that Malaysia become more aligned to China and therefore, the U.S. may prefer closer relations Vietnam and Indonesia, particularly in South China Sea (SCS) disputes. In spite of that, according to Dr Heng, U.S. will likely cooperate with Malaysia on the SCS issue to restrain China’s aggressive actions. Notwithstanding the likely U.S. Freedom of Navigation Operations (FONOPs) that could inadvertently lead to tensions with China in the SCS, the Biden administration would have a better understanding for ASEAN and its much-vaunted centrality.

This event was organised in collaboration with youth groups, namely Future Leaders in Public Policy (FLIPP) and Nation Building School. 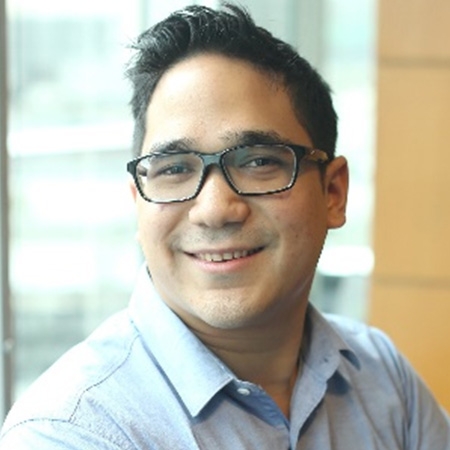