Recently, Wisma Putra has been caught in a fiery position over Saifuddin’s statements in calling out the failure to include UN Special Envoy to Myanmar in the ASEAN consultative meeting on humanitarian assistance to Myanmar. The remarks were fuelled even more by Myanmar’s military junta condemning Malaysia for lobbying ASEAN nations to engage with the democratically elected government rather than the military government.

Based on the response made, Malaysia has taken a strong stance by engaging Myanmar’s National Unity Government (NUG), lobbying ASEAN nations to engage with the NUG, calling out the atrocities made by the junta at various levels, and more. Such form of advocate-leadership has been the main facet of Malaysia’s foreign policy on Myanmar, subsequently hinting that Malaysia’s middlepowermanship strategy is on track, revitalising its presence as a regional power in democracy and human rights.

Since the coup d’état on 1 February 2021, Malaysia has been very vocal from the beginning by releasing a press statement in relation to the events in Myanmar. Although the statement looked rather ‘mild’, the implied message have showcase a strong inclination of Malaysia to go a step above in addressing the matter. Underlined as a foreign policy that Malaysia is adopting in the post-pandemic world, Malaysia is keen to champion regional stability as it places this agenda as one of its top priorities. There is no doubt Malaysia has been utilising ASEAN to extend the proposal.

Following up on the ASEAN five-point consensus (5PC) peace plan meeting in April 2021, Malaysia has taken a more proactive role in facilitating and mediating discussions between the exiled government and the current one. This was seen in a  recent revelation by Saifuddin who admitted approaching NUG leaders and even to the extent of lobbying ASEAN nations via the APHR to be in contact with NUG rather than the junta. Besides, Malaysia called out Myanmar for shunning away the UN Secretary-General Envoy on Myanmar indicating reluctance by the Myanmar’s junta government in cooperating with humanitarian assistance during the recent ASEAN consultative meeting, which sparked international concerns. Furthermore, Malaysia held an  informal engagement with the NUG during the recent US-ASEAN Special Summit.

These bold approaches are unprecedented in the region as it signals the possibility of Malaysia’s willingness to be directly involved by taking a moral position on the rights and wrongs in Myanmar’s politics. Although contentious, these actions might just be the catalyst for ASEAN to step up their game and make proper progress in this plight.

Although Malaysia maintains economic relations with Myanmar, it can be deduced that such gains t have done little to sway its leaders from calling out the junta. Since the start of the pandemic and the military coup d’état, Myanmar has hit heavy turbulence, such as the  World Bank declaring Myanmar’s economy as critically weak being one such example. Malaysians have nothing to lose in this situation as Myanmar relies more on Malaysia rather than the other way around.

Regardless, Malaysia’s image of democracy and humanitarian values are at stake as this crisis unfolds. With international observers watching, Malaysia must walk the talk to be a champion of democracy in the region as manifested in Wisma Putra’s document. Thereby, Malaysia’s efforts through various channels and levels are justified as predictable calculative strategies and are a must to actually get things done rather than merely relying on ASEAN to resolve this issue.

MALAYSIA IS ON TRACK IN ASSERTING MIDDLEPOWERMANSHIP

As optimistic as it may seem, the case at hand could be Malaysia’s biggest opportunity to assert itself in middlepowermanship and reclaim its role as a regional power, especially in terms of power relations and peace making.

Undoubtedly, there are two factions present in responding to the junta with one being more critical than the other. This includes Malaysia, Singapore, and Indonesia as a bloc that can been more active in resolving the matter rather than others who view the situation as interfering with a sovereign nation’s political situation. As much as Singapore and Indonesia take the same position as Malaysia in pinning down the junta, they lack a key attribute which Malaysia is strongly exhibiting – pure leadership in resolving the matter. This can be seen in middle power diplomacy which Malaysia illustrates by playing the advocate of good governance and democracy while actively mediating the NUG, ASEAN and the junta. Hence, Malaysia should seize this opportunity to emerge as a leader for this bloc to bring international pressure on the junta and subsequently, realise the intended purpose of ASEAN in maintaining peace within the region.

Malaysia’s ability to portray this form of diplomacy in the international theatre with a strong presence is  timely and has led  international relations observers to suggest that Malaysia could become a strong regional power and a force to be reckoned with. Aligned with Wisma Putra’s vision of championing human rights, especially when Malaysia holds a seat in the UN Human Rights Council, Malaysia has demonstrated that she is able to fulfil its obligations in critically voicing out human rights violation in the case of Myanmar and showcasing great effort in pulling ASEAN and the international community together to address the issue collectively. This emits a positive portrayal of Malaysia’s image amongst international organisations.

All in all, Malaysia should be consistent in this cause and reinforce its influence in multiple channels, especially within ASEAN to lead consultative meetings and the UNHRC to lobby the attention of key players in resolving matters. All eyes will be on Putrajaya to raise these issues at the upcoming 50th session of UNHRC on the possible plans that need to be  pursued. Hence, Malaysia must play its cards well and keep up its momentum as it might well see progress in Myanmar and even a breakthrough in ASEAN as a more prominent regional organisation. 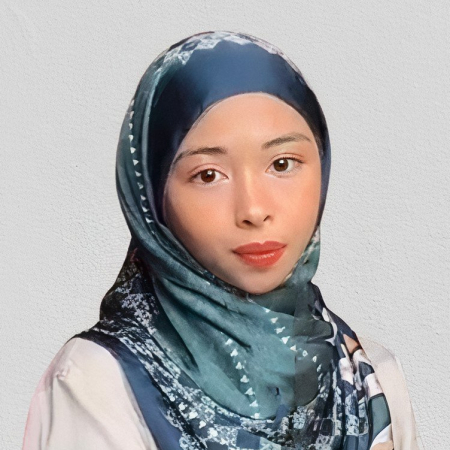