Time and again we have seen instances of arguments between the leaders of political parties. Some of these arguments, if inconsolable, spill over into an exodus of members leaving the party, a phenomenon that happens almost across the board in all Malaysian parties. Perhaps it is a sign of politicians being human, all of whom have their own preferences, ideas, and values of what the party should be. Perhaps the individual or the party itself has changed their ideals and values. Or perhaps the issues are systematic.

The nature of political parties having a rigid top-down structure breeds a culture that leaves almost no room for discourse. Differing views are suppressed and seen as threats. When silenced, members are pushed to engage further in factional politics in order to gain a louder voice and for their own political survival within the party. Ultimately, if matters reach an impasse, they leave, setting up a new party or join up with former opponents, or leave politics altogether.

The top-down approach suggests a lack of consensus-based decision making in political parties, which is ironic consider all Malaysian parties portray themselves as champions and custodians of democracy. While Malaysian political parties can be considered democratic by definition as their leadership positions are mainly filled through party elections, the devil is in the details when it comes to identifying the systemic issues plaquing Malaysian parties. The key then is to examine the processes in internal party elections.

PKR’s Central Leadership Council is directly elected by party members.[1] UMNO’s Supreme Council, DAP’s Central Executive Committee, and PAS’s Central Working Committee are also elected, albeit indirectly through delegates from the branch or division levels, whose leadership are in turn directly elected by branch and division members[2]. So it would seem there are some forms of internal democratic processes existing within the party. However, democracy is not simply about elections and allowing the few to rule with the consent of the many, but a broader concept that encompasses individuals making their views felt in matters of public policy and the state.[3]

The effects of disempowerment of party grassroots in the selection of election candidates at both the state and federal level is particularly vexed in Malaysia’s Westminster system of parliamentary democracy where power and influence are derived from elected office. Patronage in Malaysian politics is not merely about positions and money but also the ability to reach the pinnacle of power after a steady progression through the political ranks, of which an elected office makes possible.[6]

It is interesting to note that several MPs in Malaysia have risen to the top of their party ranks without needing to spend much time in the grassroots divisions where they have been “assigned” by party leadership due to their positions as elected representatives which has made them more noticeable and popular in the party. As a consequence, these politicians may be less likely to consider the views of grassroots leadership committees on policy matters as they can depend on incumbency advantage for survival. If these politicians care less of the views of their own party grassroots, what more of the ordinary voter?

What are the ramifications of the disempowerment of grassroots leadership committees in the selection of election candidates? Firstly, the grassroots are excluded from arguably one of the most significant affairs within political parties despite the fact that their community service programmes and electoral campaigns are conducted closest and most relevant to the people.[7]Secondly, the selection of election candidates without sufficient grassroots consultation can lead to an increase in “parachute candidates”. Veteran politicians have been known to parachute their aides (and themselves) to contest at the state and federal level.[8] While politicians may have their reasons for doing so, the lack of transparency in the candidate selection process, particular if candidates had done little in the seats they are contesting in, can only point a power play within these parties. This partly explains the disenfranchisement of grassroots with the selection of certain election candidates, which subsequently leads to threats of a campaign boycotts due to perceived cronyism in the candidate selection process.[9][10]

The selection of election candidates must be reformed. Constructive discourse should not be viewed with scorn, but should be viewed progressively, especially if politicians are expected to represent the wishes of constituents since they are the ones who have put them into office in the first place. Such a change in political culture will be a paradigm shift for Malaysian parties and serve as an outlet for party members to debate policy rather than the present top-down approach. Without this, the alternative is the constant implosion we regularly see when factions of the party, who has had enough, ultimately resign en masse. However, if open discourse is allowed in the first place, where decisions are made through consensus, there will be less hard feelings among party members and among party leadership, which is in effect a more mature form of party governance.

Bringing democracy back to political parties, at all levels

The first step to allowing greater openness is to establish mechanisms that empowers party members in the selection of election candidates. Aspiring election candidates should meet certain requirements before being eligible to seek the nomination of a division, such as being a party member for a certain number of years with satisfactory involvement in grassroots activities, and more importantly, if they have been competent with their responsibilities. Subsequently, division committees may scrutinise individuals who are interested in securing the division’s nomination and shortlisting them thereafter.

The point of the matter is to empower the grassroots to be involved in the selection process of candidates who are of true representations of the wishes of the various division-level branches through openness, accountability, and decentralisation in accordance with grassroots democracy.[11] More importantly, this is necessary to break power bargaining taking place, as it is the central leaderships of these parties that currently decide who they’d like as election candidates while the grassroot divisions committees do not have a big say in the selection of election candidates for their local areas, which needless to say is very problematic.

This idea of democracy must be applied within political parties whereby grassroots leadership committees must be heard as their voice represents the grassroots in party hierarchies, namely, by the day-to-day party member.[12]  It is imperative that the decisions of MPs and ADUNs are congruent with the views of their constituents, or at the least the party grassroots that canvass voters for them in elections.[13] With such a paradigm shift within political parties, perhaps the instance of party hopping can be resolved naturally and in more tasteful fashion compared to what Malaysians see on a regular basis with their politicians today. 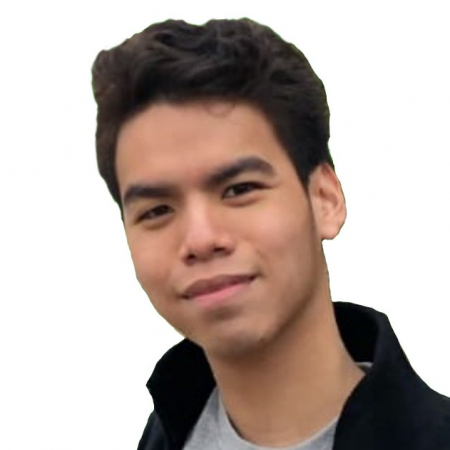