Home /Time to embrace the Rukunegara in its entirety

Time to embrace the Rukunegara in its entirety

What has been termed the blueprint for national unity was launched as the Rukunegara on Aug 31, 1970, by our fourth Yang di-Pertuan Agong. On July 9, 2020, Putrajaya launched the golden anniversary celebration of the “Rukun Negara”, spelt as two words. This deviation from the original may be considered a non-issue, but I consider this as serious as flying the Jalur Gemilang upside down – ignoring minor details can lead to neglect of the major transformational message of the Rukunegara.

There are two parts to the Rukunegara: the principles and the objectives. The five principles (pictured above) are what everyone knows. We are reminded of them continuously and children are made to recite them at school. During this golden anniversary year the principles were again emphasised and the Prime Minister urged Malaysians to practice them daily.

So while we are constantly reminded of the five principles, the pillars of the Rukunegara, what the pillars are supporting, the objectives, are seldom highlighted. The result is that many are unaware of the very important five objectives, which are:

1. Achieving a greater unity of the people.

2. Maintaining a democratic way of life.

3. Creating a just society with equitable sharing of prosperity.

4. Ensuring a liberal approach to the country’s rich and diverse cultural traditions.

5. Building a progressive society by harnessing modern science and technology.

From the perspective of national unity and social harmony, we as a nation are guilty of gross negligence, of failure to translate objectives one and four into actionable practices. How else can we explain the fact that after 50 years we are nowhere near being a cohesive and unified nation living in an environment of harmony and muhibah (camaraderie). Racism and hate politics continue to raise their ugly heads. Divisive and polarising rhetoric and religious intolerance are still rampant. There has been an erosion of civility, empathy and compassion, and an abandonment of the practice of neighbourliness and of our acclaimed commitment to moderation and “wasatiyyah” (Islamic moderation).

It is high time we look at the Rukunegara in its totality.

The objectives of the Rukunegara are actually our national aspirations. Other national aspirations have been articulated since: Vision 2020 (February 1991), 1Malaysia (April 2009). TN50 (“Transformasi Nasional 2050”, January 2017) and Shared Prosperity Vision 2030 (May 2019). Whatever way they have been articulated, the basics can be interpreted as aspiring for Malaysia to be a harmonious, prosperous, progressive and sustainable nation, which I believe is not an antithesis to any political ideology in our country.

If we can anchor our national aspirations to the above four core objectives regardless of how they are articulated by the government of the day, then it will be a lot easier to develop policy and strategies, devise action plans and monitor implementation; otherwise, we will be constantly chasing ever-changing goal posts.

Of the ideals of harmony, prosperity, progress and sustainability mentioned above, harmony is the most important. Its breakdown can lead to the four dreadful Ds: disruptions, displacement, destruction and deaths. Achieving the other three ideals will be impossible without harmony. The requirements for harmony include social-cultural-spiritual components, fulfilment of basic needs and improvement of the quality of life of citizens, and good governance by a responsible government.

I have written before about the “Dialog Rakyat for National Cohesion and Unity” whose mission is “nurturing a Harmoni-Mesra generation for Malaysia and promoting Harmoni-Mesra Malaysian communities”. Dialog Rakyat activities are primarily focused on the social-cultural-spiritual components and its code of ethical conduct supporting Harmoni-Mesra is a set of behavioural patterns based on moderation, respect, trust, transparency, tolerance and accommodation, and recognition of our similarities and acceptance of our differences.

The code entreats citizens to:

> Advocate for justice and fairness and transparency and integrity in all aspects of management and governance.

> Refrain from actions that offend, insult, humiliate or intimidate others.

> Reject any form of discrimination, bigotry, extremism, unjustified acts causing harm to any individual or group, including any actions that can disrupt harmony and cohesion.

> Fight corruption and kleptocracy at all levels and in all their manifestations.

The Dialog Rakyat code of conduct is, in effect, an elaboration of the fifth principle of the Rukunegara (ethical behaviour and morality), which supports objectives one and four. Dialog Rakyat has translated this code into actionable practices at school and university levels and in neighbourhood communities through a number dialogues since 2016. It has been diligently endeavouring to translate into practise both the objectives and principles of the Rukunegara with respect to national unity and social harmony. If, as has now been suggested, the Rukunegara is to be introduced in schools, it should be in a form of actionable practises rather than just a recitation of the five principles.

The Rukunegara should also be a part of student activities at universities. In this respect, UCSI University has taken the lead: In 2019 it launched a students Harmony Award as a means of raising awareness of and encouraging commitment to issues of unity and harmony. This year the Harmony Award is open to students of all universities in the country.

Dialog Rakyat had suggested to the Department of National Unity and Social Wellbeing of the previous government that an annual National Unity and Harmony Week be established to promote unity and harmony by encouraging government, corporate and civil society organisations and groups to organise and showcase their Harmoni-Mesra activities, and to introduce Harmony Awards at various levels. We hope this suggestion will be considered by the new National Unity Ministry.

After 50 years of neglect, it is time the nation embraces the Rukunegara in its entirety and commit to implementing actionable practices to achieve its transformational objectives. 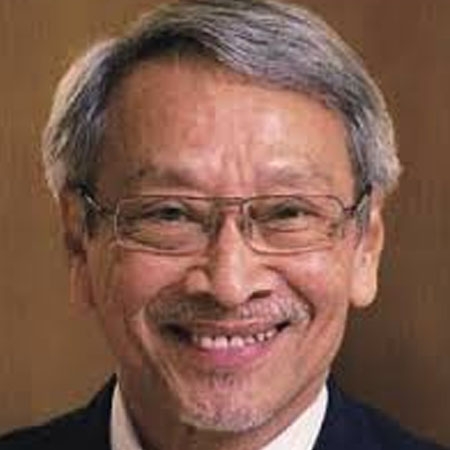