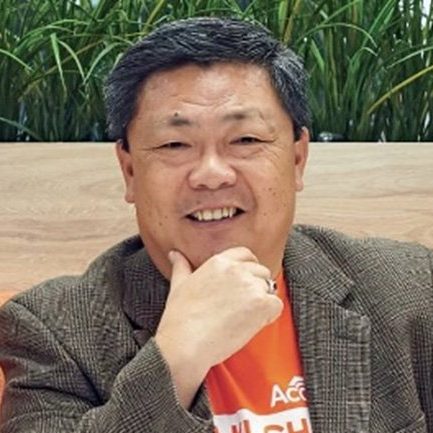 A visionary and forward-looking entrepreneur, Chan is a distinctive game changer of the e-commerce landscapes – both locally and regionally. With over 25 years’ experience, he leads thought provoking conversations around the digital socio-economy scenes. Chan is an avid spokesperson and mentor to the industry players, customers, partners and tertiary students. He is often spotted as a guest speaker in top media channels like BFM, Bloomberg and FSI-CXOs events – sharing insights, trends and key learning for the advancement of the digital economy and its key drivers.

In recognition of his contributions, Chan was named the Technopreneur Excellence Award presented by PIKOM ICT Leadership Award (PILA) 2016. He was also named as one of the Top Nominees for EY Entrepreneur Year 2016 under the Emerging Entrepreneur category. Chan is also a former Advisor and E-Commerce Malaysia Deputy Chair for PIKOM. He also is a sought after thought leader in the academia space and was appointed the Adjunct Professor at National University of Malaysia. He also serves as a council member of PayNet Advisory Forum. In 2021, Mr Chan was awarded ASEAN Technology Entrepreneur of the Year Award by ASEAN Leadership and Partnership Forum.

Chan is a British Petroleum scholar who graduated with a second-class upper Bachelor of Mathematics Science (Hons), Degree from the Universiti Kebangsaan Malaysia (UKM) in 1990. He is a graduate member of the Chartered Institute of Marketing (CIM), United Kingdom, and also holds a Certified Diploma in Accounting and Finance from the Association of Chartered Certified Accountants, United Kingdom.

Chan embraces work-life integration. He appreciates nature – enjoys the sun, sea and sand. For leisure, Chan enjoys the time spent in his garden, pick up a game or two of golf, wine and dine; and travels to enrich life experiences.