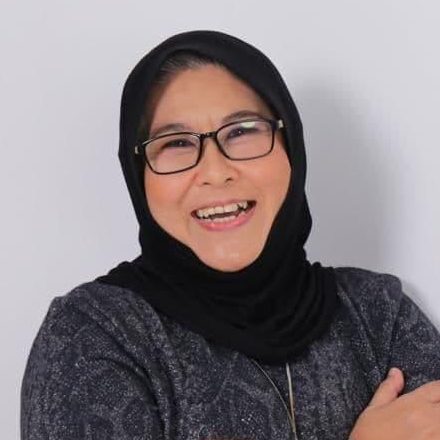 DATO’ AZLIN BINTI AHMAD SHAHARBI is 58 years old and was born on 21 December 1963 in Ipoh, Perak. Her father served in the armed forces while her late mother was a teacher. Dato’ Azlin is the third of four siblings.

Dato’ Azlin studied at Convent Bukit Nanas, Kuala Lumpur (CBN) and finished her A-levels at Simon Langton Girls’ School, Canterbury, England. She obtained her law degree from University of Kent at Canterbury, England in 1986 and completed her barrister-at-law course at the Council of Legal Education, London. A member of the Inner Temple in London, she was called to the English Bar in November 1987 and the Malaysian Bar in November 1988.

PROFESSIONAL ACHIEVEMENTS
Dato’ Azlin is a senior legal counsel experienced in a wide scope of law and has provided legal service and advice to clients including banks, financial institutions, corporations, multinational companies, property developers and statutory bodies during her 30 years in the legal profession. Currently she focuses on corporate work including drafting and negotiating extensive business contracts for domestic and international transactions. She has been involved in the preparation and negotiation of various corporate transactions such as mergers, acquisition, joint-ventures, sale of shares, investment, financing and many others.

In 2001 when cyberspace was new in Malaysia, she was invited to teach cyberlaws at University Tenaga Nasional (UNITEN) for 2 years where she taught final year IT undergraduates.

In 2006, Dato’ Azlin wrote a book entitled ‘Undang-Undang Untuk Usahawan’ which highlights the legal aspects of running a business, in order to improve the legal knowledge of Malaysian entrepreneurs. The book which is written in an easy-to-read format was launched by the then King of Malaysia, the Raja of Perlis. Due to the success of the book, Dato’ Azlin published the second edition in 2011 entitled ‘Panduan Undang-Undang Untuk Kejayaan Perniagaan’. This book has been well-received by entrepreneurs as well as government ministries involved in entrepreneurship. The book is distributed by MPH and is available in bookstores nationwide.

After the publication of the book, Dato’ Azlin has been invited to conduct numerous sessions of legal training throughout Malaysia wherein her hands-on and practical approach has assisted many entrepreneurs and companies in understanding the legal aspects of running a business. In 2016, in a program with Teraju, Dato’ Azlin was engaged to conduct legal training for entrepreneurs in 20 locations throughout Malaysia.

Due to her passion in training and lifelong learning, Dato’ Azlin has successfully steered Messrs Azlin Shaharbi & Associates to be the first legal firm registered as a training provider under the Human Resources Development Fund (HRDF) scheme.

In 2010 – 2020, Dato’ Azlin was appointed as a member of the SME Expert Advisory Panel for SME Corp Malaysia to enhance legal knowledge amongst small and medium enterprises (SMEs) to ensure the success of their businesses.

In December 2018 – 2020, Dato’ Azlin was appointed as a member of Majlis Keusahawanan Pendidikan Tinggi Nasional (MKPTN) by the Minister of Education to assist in developing entrepreneurial skills and mindset amongst students in higher education.

In March 2021, Dato’ Azlin was appointed by The Honourable Prime Minister of Malaysia as a member of ‘Majlis Pekerjaan Negara’ to assist the government’s effort in addressing the issue of unemployment among Malaysians.

In February 2022, Dato’ Azlin was appointed as Adjunct Professor at the Binary University of Management & Entrepreneurship.

She was on the Board of Directors of Hyrax Oil Sdn Bhd from 2007 to 2014, a company involved in the manufacturing of lubricants and petroleum derivatives, which exports to more than 40 countries worldwide. During her tenure, Dato‘ Azlin oversees all the legal affairs of Hyrax Oil and traveled extensively to conclude contracts and corporate exercises for the company.

She is also a Director of Daslink Networks Sdn Bhd, a branding and events company which has exported its services and products to South Africa, Mozambique and other countries. Under Daslink, Dato’ Azlin has creatively written and designed several coffee table books, brochures, calendars and other advertising and promotion (A&P) materials for export as well as for Malaysian government agencies and companies.

Dato’ Azlin is the Deputy President of the British Graduates Association of Malaysia (BGAM) and prior to that, she was the Vice-President for 32 years from 1989 until 2021. BGAM is an umbrella body for British graduates and British university alumnis in Malaysia where Dato’ Azlin has organised many events including royal dinners and was also the Editor of BGAM’s quarterly bulletin, amongst others.

Dato’ Azlin created history when she became President of the Rotary Club of Bukit Kiara Sunrise in 1997 as she was Rotary’s first Bumiputera lady President in Malaysia. In 1999, she was the District Secretary of Rotary District 3300 which covers 54 Rotary Clubs in Malaysia.

After having been the President of her university’s Malaysian Students Association in her undergraduate years, Dato’ Azlin then upon her return from her studies, became one of the founder members of the unofficial University of Kent Alumni which gathers the graduates of her alma-mater.

In 2021, Dato’ Azlin gathered together the main women entrepreneurship NGOs and formed the National Federation of Women Entrepreneur Associations Malaysia where she is the Chairman.

AWARD
At the age of 44, Dato’ Azlin was awarded ‘Darjah Paduka Mahkota Perak’ on 19 August 2008 from His Royal Highness Sultan Azlan Shah, the Sultan of Perak Darul Ridzuan which carries the title ‘Dato’ for her contribution to the legal profession and the community.

INTEREST
On the personal side, Dato’ Azlin enjoys reading and has a colourful collection of books which she deems as her most valuable assets. She also travels extensively and has ventured into most corners of the world for work or leisure. Dato’ Azlin is a self-taught musician who plays the guitar, keyboard, drums and saxophone.