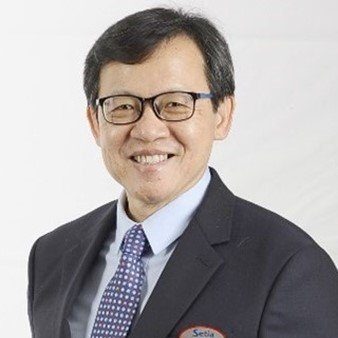 Dato’ Seri Koe joined S P Setia Berhad in 1997 and has held various positions in the Group. For the past 24 years, he advanced rapidly through various business and operational roles and was appointed the Senior Executive Vice President in the Group on 1 July 2019. As the announcement to Bursa, he is responsible for the overall oversight, including the management and supervision of major projects in the Group notably pioneering the multi-award-winning eco-themed developments namely Setia Eco Park, Setia Eco Glades, Setia Eco Templer and Setia Warisan Tropika in the central region of Peninsular Malaysia. He also oversees Property North which consists of luxury high-rises and Setia Fontaines, the first eco-themed township development in Penang mainland that was emulated after the ever-successful Setia Eco Park. Besides the eco-themed developments, Dato’ Seri is also accountable for the key niche developments and the hospitality arm of the Group, which currently encompasses high-rises, hotels and two mega MICE facilities in Penang and Selangor.

His contribution is in his vast engineering expertise, in-depth knowledge and extensive experience in the construction and property industry, in particular large-scale infrastructure project implementation such as the Skudai interchange and upgrade of Batu Pahat to Kluang Highway in Johor on behalf of the Federal Government.

Dato’ Seri Koe holds substantial regional responsibilities over the Group’s international projects in China and Japan. He is currently a board of director for the G2G China-Malaysia Qinzhou Industrial Park and is also overseeing the Group’s first venture in Japan, Setia Izumisano City Centre situated in Osaka.

Dato’ Seri Koe holds both Master and Bachelor of Science degrees from Leeds and Birmingham Universities in the United Kingdom respectively and is a professional engineer registered with the Board of Engineers Malaysia and a member of the Institute of Engineers Malaysia. Prior to joining S P Setia, Dato’ Seri Koe was involved in numerous national projects including the Malaysia Rural Water Supply Scheme and the implementation of the Sungai Selangor Water Supply Phase 1. He was also part of the Samsung C&T Corporate led South Korean Consortium in its implementation work for the Petronas Twin Towers and was the appointed Project Manager overseeing the Bandar Puchong Jaya township development under IOI Berhad.