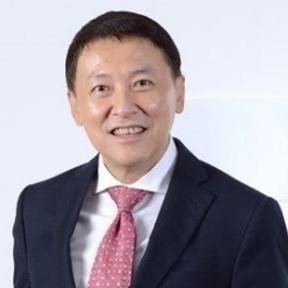 DATO’ WEI CHUAN BENG is an active industry captain and recognized entrepreneur in telecommunication and the ICT industry with an illustrious career developing the nations ICT industry and actively contributing to various national initiatives.

Dato’ Wei’s entrepreneurial journey has been illustrious. He co-founded REDtone Telecommunications Sdn Bhd in 1996 and successfully listed his company in 2004 and exited in 2015.

Dato’ Wei has served on the board of PIKOM for 10 years from 2000 to 2010 and was the Chairman in 2010. Throughout his service, he has provided multiple years input to MITI for trade negotiations and the Ministry of Finance for budget consultation pertaining the ICT industry.
Dato’ Wei has also contributed immensely to the nations higher education system. He served as former private sector advisory committee member to the Ministry of Higher Education. He has been serving the role of CEO faculty member and adjunct professor of UTM and UTHM. He is a trustee for the UTM Endowment Fund and a board member for UTMSpace.

For the continuous professional, leadership and personal development, Dato’ Wei is an active member of Young Presidents’ Organization (YPO) and has co-founded the South East Asia-based YPO SEA Dragon Chapter.