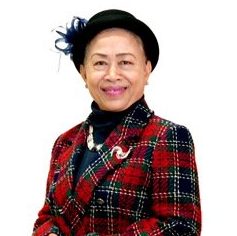 DATUK NORIPAH KAMSO is the former Chairman of Bank
Kerjasama Rakyat Malaysia. Whilst she was Co-Chair of Islamic
Finance Council at Malaysia-US Chamber of Commerce (based in
Washington DC), she was also a Visiting Fellow in Islamic Finance at
Oxford Centre for Islamic Studies for academic year 2016-2017. In
2015 she was a Global Practitioner in Residence in the Center for
Global Citizenship of Principal Financial Group, U.S A. In this role she was attached to Drake University, Des Moines, Iowa, USA.

She joined the CIMB Group in Malaysia since year 1993 to 2014 and
held various key positions. She was the former Advisor of CIMB
Islamic. As the founding CEO of CIMB-Principal Islamic Asset
Management since 2008 she had successfully established a global
platform for the firm to extend its reach to UK, Europe, GCC, Asia, USA and Australia. She pioneered the listing of the world’s first Regional ASEAN Exchange Traded Fund, “CIMB ASEAN
40 ETF” listed in Singapore in 2007.

This fine leadership persona has led to the company’s global recognition by the best industry awards. In 2019 she has been ranked No.1 by Cambridge IFA as the Most Influential Women iIn Islamic Business and Finance, whilst in 2018 she was awarded the Top 50 of the World’s Most Prominent and Influential Personalities in Islamic Finance & Economy by ISLAMICA 500 (a publisher based in Belgium).