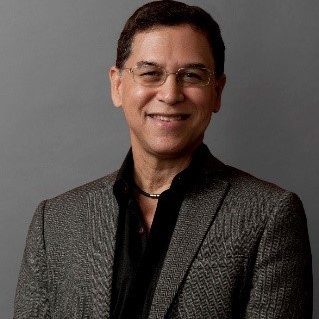 DAVID MIZAN HASHIM is the Founder, Group President and Director of the VERITAS Design Group, a multi‐disciplinary design firm established in 1987, and which now has offices in 7 countries and is based in Kuala Lumpur, Malaysia.

His academic credentials include a Bachelor degree in 1983 from the Massachusetts Institute of Technology (MIT) and a Master in Architecture in 1986 from Harvard University’s Graduate School of Design (GSD), both located in Cambridge, Massachusetts in the USA. Upon graduation, he was awarded the prestigious Aga Khan Travel Fellowship for research in Islamic architecture.

He has also been very involved in the promotion of entrepreneurship and was a founding member and twice ex‐President of the Malaysian Chapter of the Entrepreneurs’ Organization (EO) and an ex‐President of the Malaysian Chapter of the World Entrepreneurs’ Organization (WEO). He is currently on the Board of Trustees for the Asian School of Business (ASB), which is joint venture between the national bank of Malaysia (Bank Negara) and the Sloan Graduate School of Business at MIT.

David won the prestigious Most Outstanding Malaysian Award from the Junior Chamber of Commerce in 1999 in the category of Entrepreneurial Accomplishment, and led VERITAS to receive the 1999 Enterprise‐50 Award for best‐run medium sized firm by Anderson Consulting. In 2005 and again in 2008, he was among the 5 finalist in the Ernst & Young Malaysian Master Entrepreneur of the Year Awards. In recent years, VERITAS has won numerous accolades for Leadership, Brand Recognition, Human Resource Management and Environmental Sustainability.

David has been Principal‐in‐Charge of numerous award‐winning architecture, planning, interior design and landscape design projects by VERITAS, in Malaysia and overseas. He is an avid environmentalist and champions sustainability in all aspects of design and construction. He is currently the vice‐President of RIMAU, an NGO dedicated to protecting the highly‐endangered Malayan Tiger.