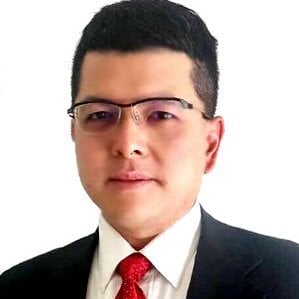 Ei Sun is also the chairman of KKIP Aerospace Sdn. Bhd., a Sabah government-owned company pioneering the aerospace industry in Sabah. He is also a chartered fellow of Chartered Institute of Logistics and Transport (CILT), Malaysia, and the vice-chairperson of its Sabah chapter.

Previously, Ei Sun served as Political Secretary to the Prime Minister of Malaysia. He was also senior research fellow & lecturer in various public and private universities in Malaysia, China, Australia and the United States.

Ei Sun has also been an avid commentator and columnist on politics, economics and current affairs for various international media, and a frequent speaker at high-level international forums. He also provides strategic and global advisory services to commercial and policy institutions.

Ei Sun was Administrative Officer at the International Telecommunication Union (ITU), and scientific & legal consultant to the United Nations Office for the Coordination of Humanitarian Affairs (UN-OCHA), both in Geneva, Switzerland.

Ei Sun is a Justice of the Peace (JP) of Sabah, Malaysia, and also a council member of the Commonwealth Magistrates’ and Judges’ Association. He is a fellow of the ASEAN Academy of Engineering and Technology (AAET) and was AAET’s secretary-general. He founded and serves as president of Ma-Zhong (Malaysia-China) Friendship Association Sabah, Malaysia.

Ei Sun earned his degrees in law and policy, business management, mechanical and aeronautical engineering, as well as German literature, all from the University of California, USA.