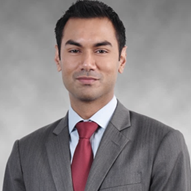 NABEEL HUSSAIN is the Deputy Managing Director for Savills Malaysia. He leads the Capital Markets practice in Malaysia, both inbound and outbound capital, focusing on domestic investment transactions.

Nabeel Hussain joined Savills Malaysia in 2010 and was initially responsible for growing the company’s Research and Consultancy team, which he built into a market leading practice. This required leading a team of 15 consultants in undertaking market, feasibility, highest and best-use, catchment and other studies for properties across Malaysia, and the team also undertook Independent Market Reviews (IMR) for numerous company and Real Estate Investment Trust (REIT) Initial Public Offering (IPO) prospectuses and annual reports. As a result, Nabeel brings an analytical, organised approach to the investment mandates he now undertakes.

In 2015, Nabeel launched the Capital Markets offering in Malaysia, a dedicated investment advisory unit that focuses on larger transactions. Landmark transactions in recent years include the RM10 billion GDV joint venture between TRX and Lendlease, the RM900 million sale of the former French Embassy site, and the RM1bn acquisition by HSBC of new head office premises in KL. These and other completed and ongoing mandates (over RM6 billion in major transactions since 2015, and another RM2 billion currently ongoing) have proven the team’s ability to manage and complete large transactions.

Nabeel is a Member of the Royal Institute of Chartered Surveyors (RICS) and holds an M.B.A, Real Estate from College of Estate Management in Reading UK and B.A. in Business Economics from the University of California, Los Angeles (UCLA).