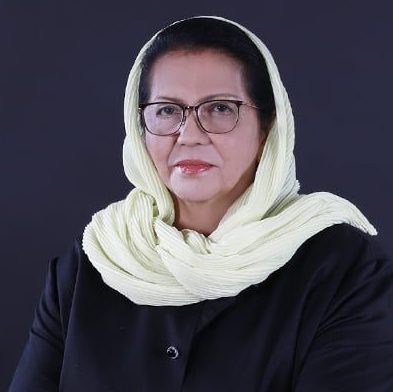 A former Professor of Law from the Faculty of Law (previously known as Faculty of Public Administration and Law, Universiti Teknologi MARA (UiTM) and former Dean at the same Faculty before being seconded to Lembaga Akreditasi Negara in 1997 and then the Malaysian Qualifications Agency in 2007.

Professor Zita Mohd Fahmi has served in the public sector for more than 30 years before joining Quest International University in 2020.   One of the pioneers in setting and implementation of Malaysian Quality Assurance System as well as in the establishment of the Malaysian Qualifications Agency, the development and implementation of Malaysian Qualifications Framework from 2007, ultimately led the review MQF 2.0 in 2017. Amongst other contributions at national level were her involvement at agency and ministry level committees, trade dialogues, TVET sector, SETARA team, built strategic alliance with the professional bodies, employers and higher educational institutions in the form capacity building, sharing of expertise, dialogues and conferences. In addition, she led the 3 Technical teams in Comparability of Qualifications and Quality Assurance System projects successfully concluded with the signing of Statement of Confidence successfully between the MQA and the New Zealand Qualifications Authority of New Zealand (NZQA), the Higher Education Evaluation and Accreditation Council of Taiwan (HEEACT) and NIAD QE, Japan.

Her international involvement includes knowledge sharing at numerous conferences, was founding executive secretary of the ASEAN Quality Assurance Network (AQAN); led the development of ASEAN Quality Assurance Framework; with EU SHARE project in the field of quality assurance, qualifications frameworks and credit systems, a taskforce member of ASEAN Qualifications Reference Framework, member of national referencing team; former secretary and Special Advisor for the Association of Quality Assurance Agencies of the Islamic World (QA Islamic); former Asia Pacific Quality Network (APQN) Board member and Special Advisor to ASEAN Young Quality Assurance Officers Network.  In recognition of her outstanding contribution to the promotion of quality and excellence in higher education nationally and internationally, she was awarded the ‘Quality Champions Award’ by the APQN (Asia Pacific Quality Network) in 2014.

Currently, besides serving QIUP as the Vice Chancellor and Chief Executive Officer, Professor Zita serves as the Chair of Universiti Teknologi Petronas Accreditation Council and as a Non-Executive member of the Hong Kong Council for the Accreditation of Academic and Vocational Qualifications Accreditation since 2018.