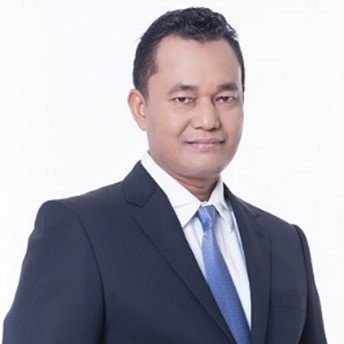 Before assuming his position in UDA, Sr Mohd. Salem was Chief Executive Officer of PNB Development Sdn Bhd for 3 years from March 2016. Strong financial outcomes were achieved when he led PNBD to be a master developer of PNB’s land bank by successfully securing strategic sales and purchases and improve the township positioning of Kota Seriemas, Nilai, Negeri Sembilan. From 2007–2016, he was with Sime Darby Property as Senior Vice President (Property, Strategy & Business Development, and Strategic Development), where he had successfully launched/managed 29 townships.

His career started in real estate valuation in 1992 with Jurunilai Bersekutu as Valuation Executive, and a year later, he became Property Executive at Hakimi Associates. Subsequently, his job expanded to project advisory when he left to join Business Focus Sdn Bhd in 1997 and then, Actacorp Holdings in 1998 as Chief Operating Officer. In 2000, he served Golden Hope Development as Senior Manager, Market Development and was subsequently appointed as Deputy General Manager. From there, he moved to Kumpulan Guthrie Berhad in 2004 as General Manager (Property) and then Senior General Manager at Guthrie Property Development Holdings Berhad in 2006.

He was a Board of Directors of Felcra Berhad and member of the Board Audit Committee, Board Procurement Committee as well as the Chairman of Felcra Properties Sdn Bhd and Felcra Bina Sdn Bhd from October 2018 to April 2020. He sits on the Board of Cyberview BOD from 2012–2016 as a Director and Chairman of the Audit Committee of Cyberview Sdn Bhd. He was also the Chairman of Syarikat Malacca Straits Inn Sdn Bhd the owner of Equatorial Hotel, Melaka from 2010–2016. Currently, he is also the Secretary General of International Real Estate Federation (FIABCI) (2020-2022).