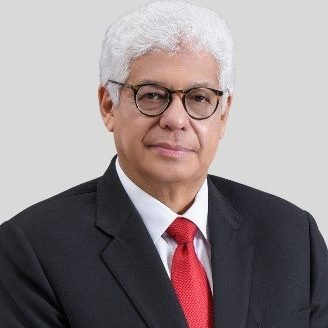 Tun Dato’ Seri Utama Ahmad Fuzi’s 37-year stint from 1972 to 2009 at Wisma Putra, under 7 Foreign Ministers and 5 Prime Ministers, also included serving as the Director-General of the Institute of Diplomacy and Foreign Relations (IDFR) that provided training for Malaysian diplomats, and Ambassador-at-Large as Malaysia’s Representative to the ASEAN High-Level Task Force on the Drafting of the ASEAN Charter and the High-Level Panel on the Drafting of the Terms of Reference of the ASEAN Human Rights Body.

As Secretary-General from 2001 and 2006, Tun Dato’ Seri Utama Ahmad Fuzi was responsible for the formulation and conduct of Malaysia’s foreign policy and diplomatic relations, including supervising and overseeing the entire officers and staff at the Ministry and Malaysia’s Missions abroad. He was also deeply involved in organising the NAM Summit and OIC Summit in 2003 and the ASEAN Summit and East Asia and Related Summits in 2005 in Kuala Lumpur.

At the bilateral level, Tun Dato’ Seri Utama Ahmad Fuzi was involved in the resolution of the package of issues between Malaysia and Singapore and the strengthening of relations through annual consultations and bilateral visits between Malaysia and major countries like Australia, Brunei, China, Indonesia, Japan, Republic of Korea, India, New Zealand, Vietnam, Laos, and various other countries in South East Asia, the Middle East, Europe and Africa.

At the regional level, Tun Dato’ Seri Utama Ahmad Fuzi headed the Malaysian Delegation to all Senior Official Meetings (SOM) held in ASEAN countries in preparations for the ASEAN Summits and East Asia and Related Summits.

Tun Dato’ Seri Utama Ahmad Fuzi was deeply involved with the World Islamic Economic Forum (WIEF) since its inception as the OIC Business Forum in 2003. His 18-year involvement include being Co-Chair / International Advisory Panel Member, Board of Trustee Member and finally, Secretary-General of the WIEF Foundation from 2007 until 2021. As a global platform for trade and business collaboration, 13 WIEFs had been successfully held in Kuala Lumpur, Johor Baru, Kuching in Malaysia and other capitals namely, Islamabad, Kuwait, Jakarta, Astana (currently Nur-Sultan), Dubai and London.

He was also Patron, Malaysia – China Culture Association; President, Association of Former Malaysian Ambassadors; Advisor, Asia Pacific Enterprise Award (APEA); Malaysia-Myanmar Chamber of Commerce and High School Bukit Mertajam Alumni Malaysia. He also sat on the Board of Governors of Meritus University, Malaysia and the Board Member of Management Development Institute of Singapore (MDIS) in Johor.