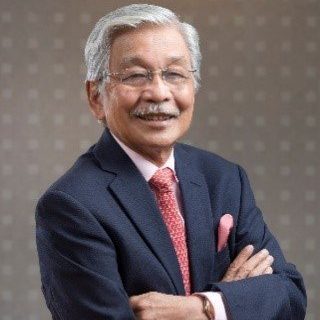 Born in Kelantan, TAN SRI DATO’ (DR) ABDUL RAHIM ABDUL RAHMAN had his early education at the Sultan Ismail College, Kota Bharu and the Penang Free School.  He furthered his studies at the Hammersmith College of Building and the College of Estate Management, London where he qualified as an Associate Member of the Royal Institution of Chartered Surveyors.  He became a Fellow of the Institution in 1976 and is also a Fellow of the Royal Institution of Surveyors, Malaysia.

Tan Sri Rahim started his professional career as a Valuation Officer at the London Borough of Hounslow in 1967 to 1968.  He was appointed a Valuation Officer in the Valuation Division of the Ministry of Finance, Malaysia in 1968 and became the Properties Manager and the Secretary to the Board of the Malayan Railways in 1970 and the Properties Manager of Bank Bumiputra Malaysia Berhad  in 1973.  In 1976, Tan Sri Rahim founded Rahim & Co where he is now currently the Executive Chairman.

Rahim & Co is one of the largest and most established real estate consultancy firms in the country with a network of 24 offices nationwide. Formed with a vision to provide outstanding and comprehensive real estate services, Rahim & Co competently integrates under one roof the various disciplines of property valuation, research, estate agency, property & facilities management, project management and investment consultancy.

Tan Sri Rahim’s contribution to the real estate industry spans a period of more than 50 years.  He is Past Presidents of the Royal Institution of Surveyors, Malaysia, FIABCI Malaysian Chapter and the Association of Valuers, Property Managers, Estate Agents and Property Consultants in the Private Sector, Malaysia.  Internationally, he is a Past President of the Asia Pacific Real Estate Federation and became the first Malaysian to be elected as the Deputy World President of the International Real Estate Federation (FIABCI) during the 1990 to 1992 term.  He also holds the FIABCI Medal of Honour.

Tan Sri Rahim received the Darjah Kebesaran Panglima Setia Mahkota (PSM) from His Majesty the King in 2014 which carries the title Tan Sri. He was also awarded the Darjah Indera Mahkota Pahang (DIMP) in 1980 by the late Sultan of Pahang, Darjah Mulia Seri Melaka (DMSM) in 2002 by the late Governor of Malacca and Darjah Dato’ Paduka Tuanku Jaafar (DPTJ) in 2006 by the late Yang DiPertuan Besar Negeri Sembilan – all of which carry the title Dato’.

Tan Sri Rahim was appointed a Senator by His Majesty the King in 2010 and was a member of the Senate from 2010 to 2016.  He was elected the President of the Malaysian Senators’ Council in 2015.