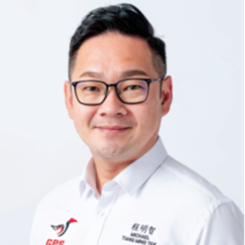 1998 – Called to the Sarawak Bar and enrolled as Advocate, High Court of Sabah and Sarawak.

(2) 2016 – present Political Secretary to the Chief Minister of Sarawak.

(3) 2021- present Elected as a Member of the Sarawak State Legislative Assembly for N.54 Pelawan.