As published in Malaysiakini on 24th September 2021

The recent Aukus pact between Australia, the United Kingdom, and the United States has caused much anxiety globally, more so in Southeast Asia.

Many see this as a form of military escalation with mixed reactions towards the move, depending on which side of the fence one is on, with strong support and protests by various governments. Many feel that this move will lead to another nuclear arms race, only this time, in the South China Sea.

But is there real cause for concern? Do Malaysians need to worry about Australia having nuclear-powered submarines?

First of all, a nuclear-powered submarine does not necessarily carry nuclear weapons. It is a means of propulsion. There are two ways naval vessels get around – conventional diesel-electric engines and nuclear-powered propulsion.

Without being too technical on how it works, essentially what nuclear power does is provide ships with, theoretically, limitless range and improved performance. Diesel submarines require more regular refuelling, limiting their operational range and duration.

Putting it in terms we understand, imagine if your car has nuclear power – you won’t need to go to a petrol station for a very, very long time. It’s a useful feature that would give you more travelling options. It does not necessarily mean you possess nuclear weapons to blow up cities.

The US and UK’s ballistic submarines carry Trident II nuclear missiles with a range of up to 12,000km and roughly 30 times the explosive strength of the Hiroshima and Nagasaki atomic bombs.

On the other hand, attack submarines, the type Australia is trying to obtain, are mainly used to sink other vessels during times of war. It may not necessarily be fitted with nuclear weapons, though it could – US and UK attack submarines can carry nuclear-tipped Tomahawk cruise missiles, but Australia will most definitely not choose this option.

It must also be mentioned that Australia already has submarines. The French purchases, now the US purchases, were meant to replace the Royal Australian Navy’s (RAN) ageing fleet of six Collins-class submarines.

Just like personal vehicles, military hardware also needs to be replaced from time to time, especially if it concerns matters of security. Australia simply wants newer and more capable replacements.

While the original French-designed submarine, which has since been cancelled with the Aukus deal, is also capable of launching missiles, these missiles have a limited range of up to 400km. It is, or was, a more appropriate vessel for defence and certainly a more diplomatic option for Australia’s nuclear-sceptic population.

Regardless, it is highly unlikely the US and UK would sell or even lease nuclear missile-carrying ballistic submarines to any of its allies, even one as close as Australia. The political fallout within Australia and its neighbours would be far too damaging for their respective political establishments. This makes the attack submarine the only candidate.

Details of how Australia would now acquire their new submarines remain sketchy. It could be given the option of leasing attack submarines from the US or UK. However, the Australian federal government has mentioned plans to build their own nuclear-powered submarines on Australian shores with US and UK support.

Should they hold true to this promise, they can choose to partially construct the submarines in the US or UK and assemble the rest in Australia. After all, ASC Shipbuilding, the Australian defence contractor that initially partnered with France’s Naval Group to construct submarines in Osborne, Australia, is a subsidiary of BAE Systems – a British multinational defence contractor already building and maintaining ships for the Royal Navy, including its nuclear-powered ones.

Why is France offended by Aukus?

It is a loss of national income. French shipbuilders based in the outskirts of Adelaide will be out of a job and France stands to lose out on tens of billions in revenue. From an economic standpoint alone, it is understandable.

However, there is a bigger reason for their disappointment. France has also been sailing its navy through the South China Sea alongside the US Navy with the same intent and purpose of keeping sea lanes open in the region. One would assume that France alongside the US, UK, and Australia are all on the same page and be included in this agreement.

But this is not simply a case of being bitter about not being invited to a close friend’s birthday party. It’s about the message being sent, this being the lack of solidarity in a common Indo-Pacific strategy. It is indeed quite curious why France, a close ally of the US, UK, and Australia, was left out considering their common interest.

It is also worth closely re-examining why Australia opted out of the French submarine deal. The French were originally meant to help construct 12 conventionally powered attack-class submarines (not to be confused with an attack submarine) which is a variant of the French Barracuda-class – a nuclear-powered submarine.

If Australia and her allies wanted RAN to possess nuclear-powered submarines, it could have just said so to the French as they were capable of making them. It will be interesting to determine the reasons why this scenario failed to materialise.

It is likely the cancellation was due to Australia’s urgent need to be involved in the South China Sea as soon as possible. The first attack-class submarine was due in 2030. Perhaps this was too long a wait for Australia.

However, Australia did sign a deal with France’s shipbuilders Naval Group for the 12 conventionally powered subs back in 2016, which sufficed at the time. It is interesting to ponder what pushed Australia to make such a drastic change in policy.

Why is China reacting?

Is this an overreaction? Do all this matter? In the larger scheme of things, having an additional handful of submarines roaming the vast open waters of the South China Sea makes little tactical difference to the US and its allies.

It is not about the number of submarines or any naval vessels. The US alone already has 64 submarines with more under construction. This is far from an actual arms race unfolding in this part of the world, especially one with nuclear weapons. Instead, AUKUS is a strategic and symbolic gesture to have more flags standing up to China due to the territorial disputes in the South China Sea.

Yet, Malaysia and other Asean countries do have grounds for concern as they will be indirectly coerced to pick a side. Malaysia will not want to offend China, which is its largest trading partner, or the US, being its third-largest.

Prime Minister Ismail Sabri Yaakob has urged all parties to avoid any form of provocation. Defence Minister Hishammuddin Hussein has plans to travel to China to discuss the situation while Foreign Minister Saifuddin Abdullah has already engaged with Aukus diplomats.

Ultimately, Malaysia will take the position it always has – neutrality, by being both pro-China and pro-US. All Malaysians want is to do business with all sides and prosper. This can only be achieved by maintaining peace and stability in the region. Any action which jeopardises this is of primary concern to the Malaysian government and its people. 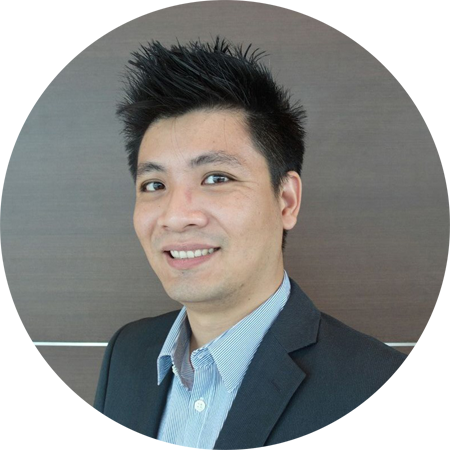